A notable example of this is the treatment for Acid Deteriorated Leather (Red Rot) which was the outcome of a two-year research project conducted by the LCC in collaboration with the University of Northampton. This unique treatment addresses both chemical and physical instability caused by the acid deterioration of vegetable tanned leather. The treatment has undergone extensive testing including artificial aging and is available through us. Please feel free to contact us for further information.

We work closely with the Institute for Creative Leather Technologies at the University of Northampton, where there is a model tannery and a range of analytical equipment including an up-to-date microscopy lab, DSC, FTIR and SEM.

Acid-deterioration occurs in vegetable-tanned leathers that were predominantly manufactured from the mid-19th century onward, and has been observed in a variety of leathers (including bookbindings, gilt leather, screens, wall hangings, upholstery and luggage). The deteriorated leather shows a lower pH, sometimes below 3.0, and lower hydrothermal stability generally expressed as shrinkage temperature (which may be as low as 30C), indicating the loss of collagen structures. The visible changes in the deteriorated leather usually include fine cracking, a powdery surface (often reddish/brownish and hence the common term for acid-deterioration is red-rot) and complete or partial loss of the grain layer. 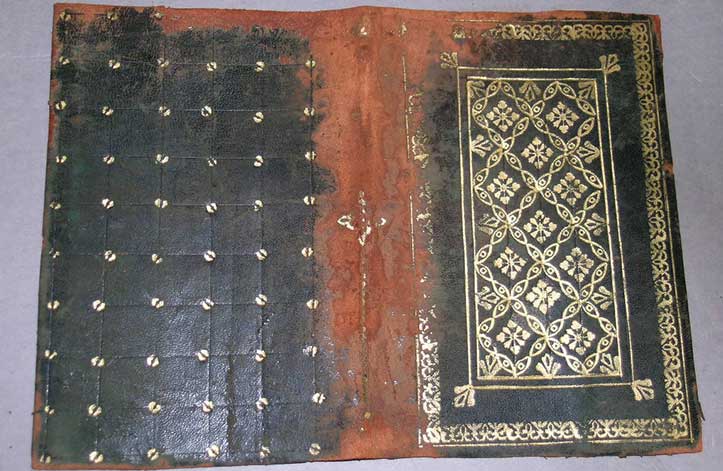